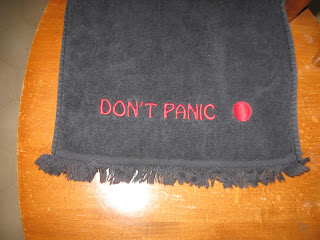 So, having healed up from the surgery, I was given the go ahead to visit the Oncologist and the Radiologist. According to the Surgeon, I only needed the Oncologist to prescribe the hormone blocker for me. The big truth of medicine, however, is that one doctor does not speak for another doctor. Ever.

The Oncologist suggested the possibility of chemo. Nasty stuff, chemo. It poisons you, but hopefully the cancer cells, being weaker and stressed by their growth and fast division, should die from the chemo while your healthy cells will only be damaged. Damaged cells, in time, should recover.

But does every one with breast cancer need chemo?  No. If your cancer hasn't metastasized, that is, some cells have started to wander away from the mother tumor to hide in healthy tissues and grow baby tumors, then you don't need to poison the entire body to get them all out. But how can the oncologist be sure that the cancer cells have not reached that point? Yes, the margins of the tumor were clear, not ragged with areas where cells have broken away, and there were no cancer cells trapped in the lymph nodes, but still, could a few have gotten away and just not yet been washed into the lymph nodes?

And that's where the cancer story gets complicated.

Cancer starts with a mutation in a cell, generally a cell that is not completely differentiated and still dividing. These are germinal cells (the ones used in reproduction,)  renewal cells (skin,  gut, and other orifice linings), or undifferentiated cells used to repair and rebuild tissues. But most mutations will simply make a cell defective and kill it. But mutations in certain areas will unlock the genes that the cells used when it was part of the embryo. These cells grow and divide, just as they did in the early embryo, but in a mature person they form a tumor. This tumor does not have, however, the directions to tell it when to stop growing.

Even worse, the unlocking of these genes causes other genes to unlock. With each cell unlocked, the cancer cells become more and more like embryonic cells. They lose the characteristics of the cell they had been, become formless, and then do something else that embryonic cells do -- they wander to other places in the body.

In embryology, the cells move around quite a lot, but they know where they are going. They form discrete structures and mature into proper organ cells. Cancer cells, on the other hand, have Alzheimer's. Not only are they regressing into infanthood, they wander with no idea of purpose or place. Eventually they get stuck somewhere, settle down for away, and then grow and divide. And create more tumors.

Worse, the cells in a tumor do not do this all at the same time. While many cells are in Stage 1 cancer, others have changed into stage 2 or stage 3 cancer cells. So just because most of the cells are still only mildly changed, there may already be stage 4 cells wandering through my tissues.

Getting poisoned starts to sound better. What chance is there that there are advanced cells in my body?

In my case the biopsy did show that about 5% of my cells were changing faster than the rest.

So the Oncologist asked for two things before he determined that I would not need chemo. One was a catscan to check for metastasis tumors in my chest and abdomen, and the other was Oncotype(dx) testing. The Oncotype(dx) testing looks at the genes in the cancer cells and gives the tumor a score based on the number of genes that have already been unlocked in the tumor. "So," he said, "I'd like to send your tumor away for genetic testing."

I touched my wounded breast. "But it's gone."

I'm sitting in the office of a doctor who collects people's tumors! Does he have them in little display cases along the walls of his office?

So I got my catscan two days later, and it showed many interesting things, but no metastatic cancer. I do have a tortured aorta, proof that my heart has been twisted by the cruelties of fate, and my liver is overweight, but nothing to concern the oncologist. Two long weeks passed before the result of the Oncotype DX came back. My tumor had a score of 18, right on the border between slow and intermediate. With the fact that the tumor margins had been clear and the sentinal lymph nodes had been clear, we threw the dice and decided against chemotherapy.