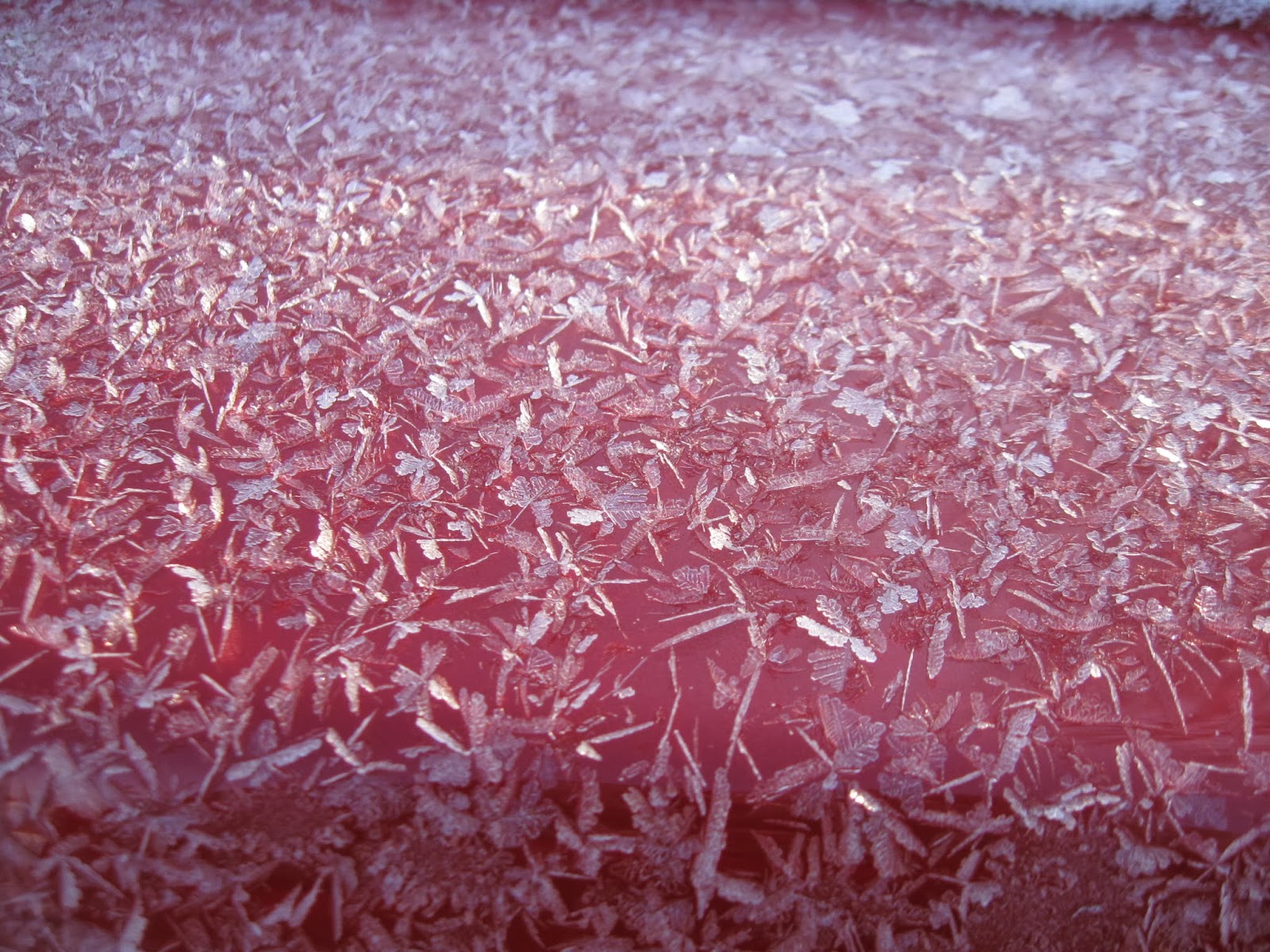 I went out to clear off the car the other day. There had been enough moisture in the air that snow was threatened, but it had been too cold -- below zero -- to snow. Instead of frost or snow I found my car was covered with these giant snow crystals. They looked like delicate butterflies waiting to take off, growing as they were away from the car like wings. I could not take the time to photograph them, but when I got back from my errand I found that a few were still sticking to the leeward side of the other car.

Here's a close-up of the crystals: 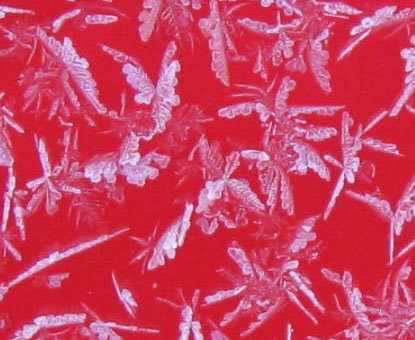 Posted by Dragonwriter at 5:51 AM