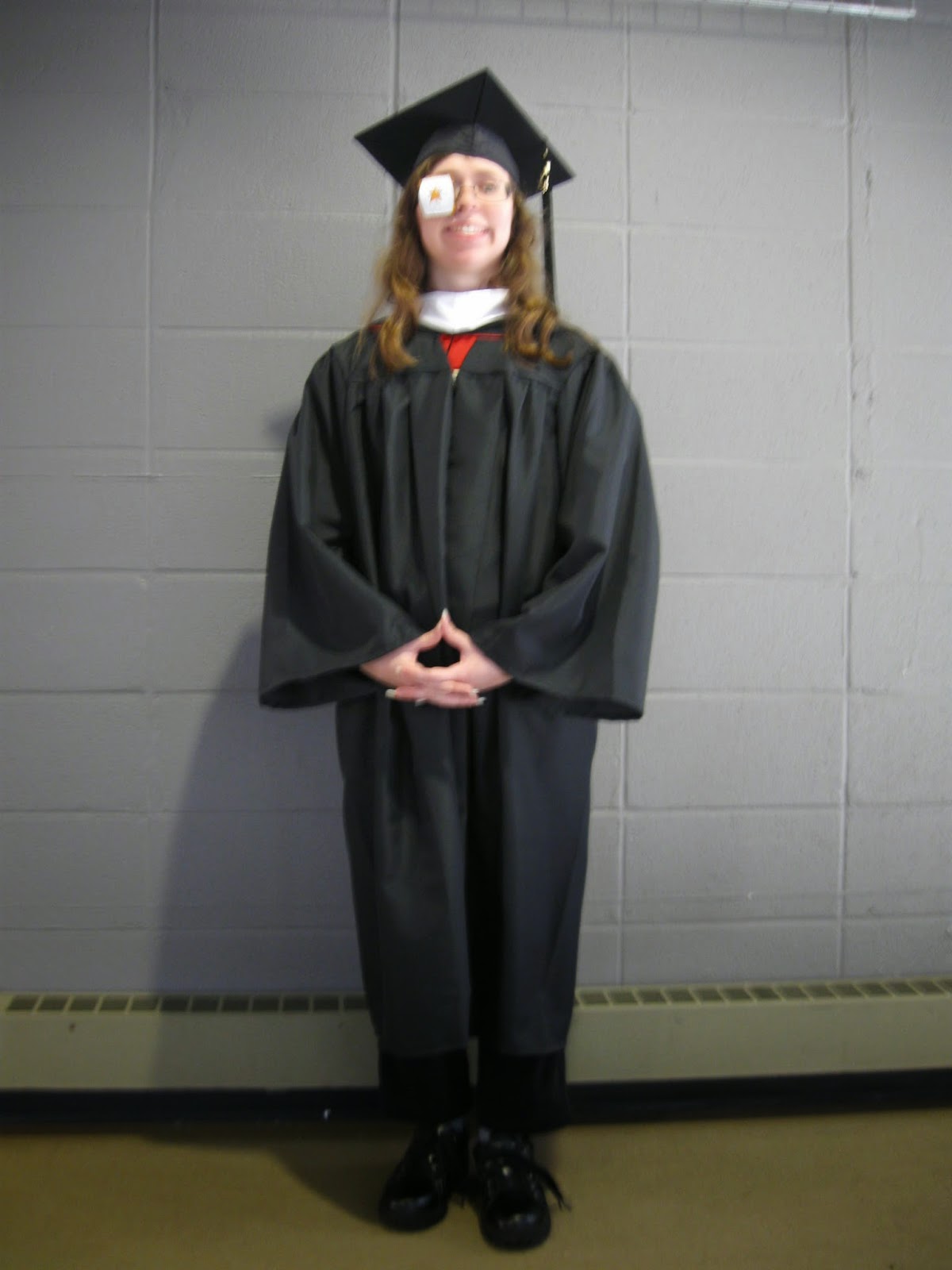 Last Sunday Elizabeth graduated from the University of Dayton. There was no commencement speakers, no valedictorian speeches, no grandstanding. But plenty of students, who were all called up name by name and honored before the crowd. And it was quite a crowd. 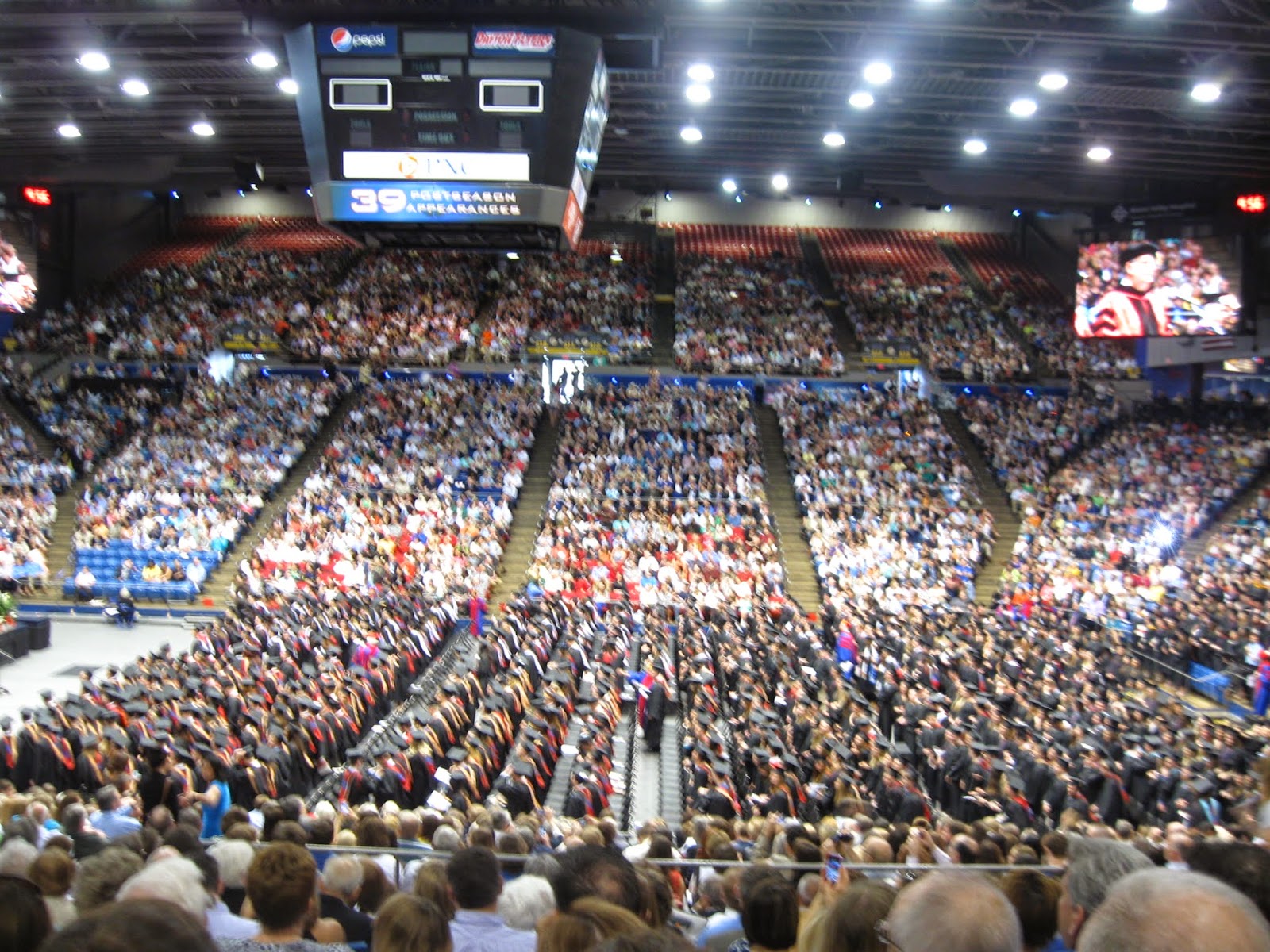 In fact , we spent most of the time trying to figure out if we could see her. I realized too late that I should have brought my binoculars. However, when she received her diploma holder and had her hand shook in congratulations by the Provost, her image was splayed across the large screens in the corner.

The poor thing was a bit nervous when we left, so I grabbed a plush creature for her to hug. It turned out to be a fortuitous grab -- in the mass of people trying to leave the stadium afterwards, but not trying so hard as to not stop in large clusters and have long conversations, it was east to lose each other. But the tallest member of our party was the only person carrying a long, green, plush tentacle... 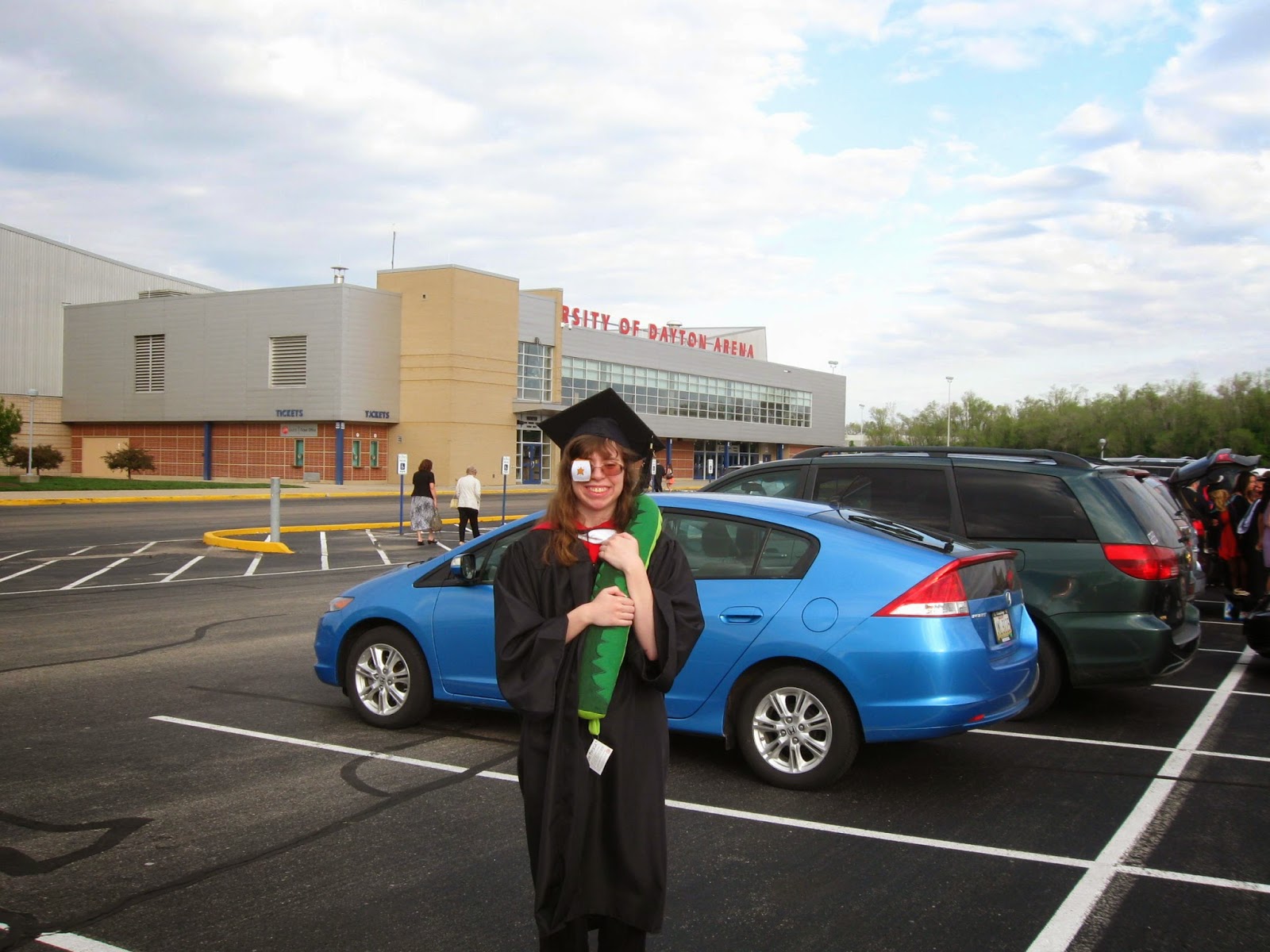 Afterwards there was dinner and cake: 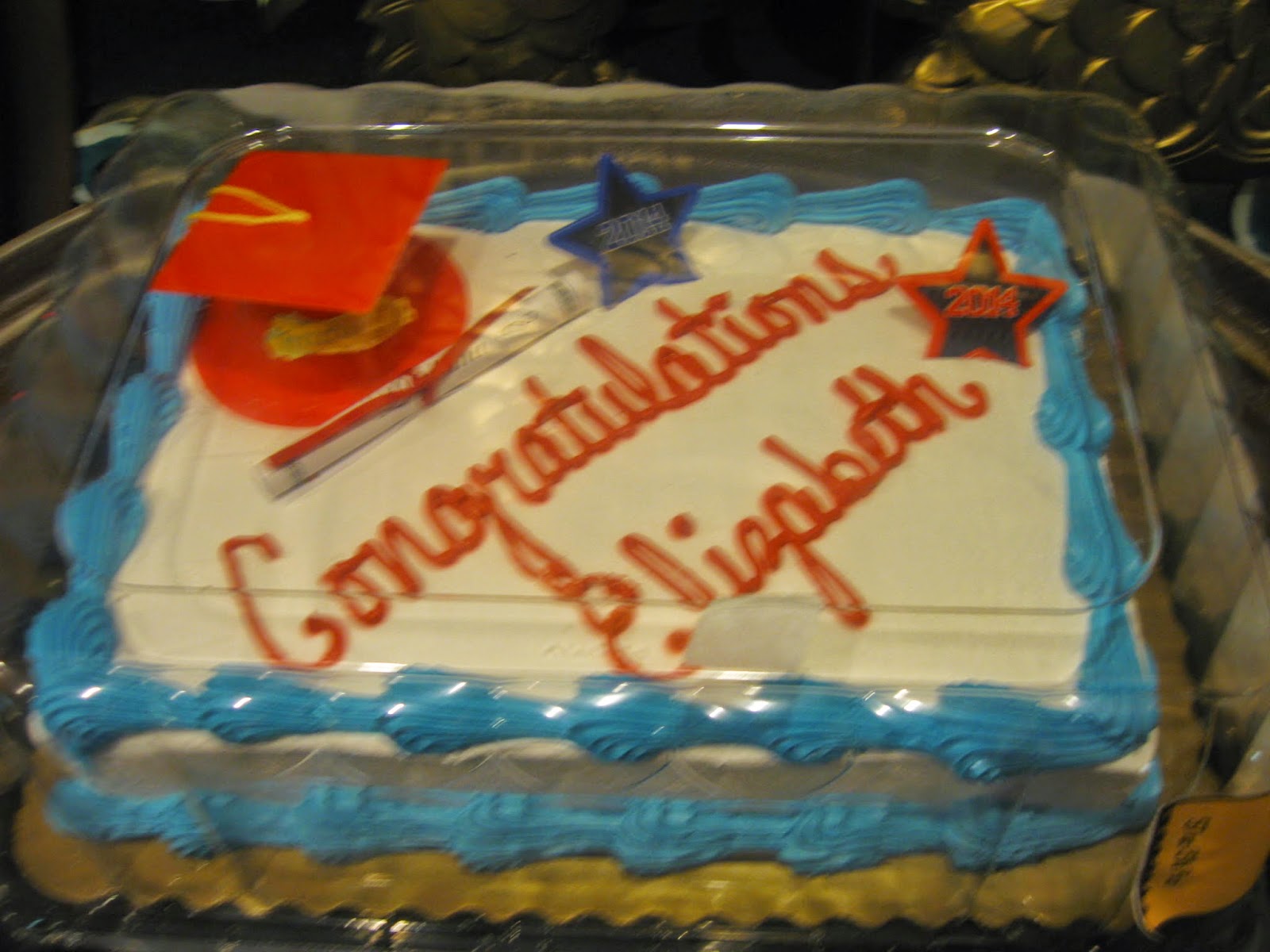 Posted by Dragonwriter at 2:00 PM