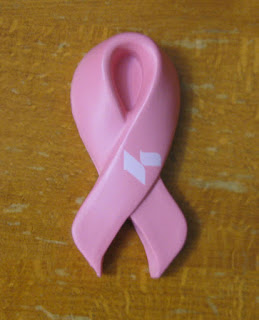 Yep, that's what they call it these days. The Cancer Journey. Personally, I'd prefer an Alaskan Cruise, or even a Mediterranean Cruise, but I guess we take what we can get.

I'm sure that there are many, many, many blogs out there about The Cancer Journey. Some even have science in them. This one is my story, and while it may not be significantly different from all the other journeys out there, it will answer all the questions of my friends and family. And who knows, maybe I'll pick up some more friends along the way.

The story started in the last week of December, when I went in for my annual mammogram. Now, like many women in this world, I have no particular fondness for that exam, but I go anyway because I'm not going to tell all the people I know who have had breast cancer or other issues that I just can't be bothered. So I went. I even went a bit early because I had plans to see the new Star Wars Movie, and the technician took me in early and quickly did the scan.

At the end of it, she said, "I'm rushing these over. You'll understand why." And of course I understood why. It was the holiday season, she had told me about her children, so she obviously had things that needed to be done which were a lot more interesting than running tests. Going early was a favor to everyone, right? So, even before my appointment time I headed to the movie, which turned out to be a bust -- all the showings were sold out. So I made plans to see it another day and came home to the message that "further evaluation was needed. We'd like to schedule an ultrasound."

I had flunked my mammogram.

December had been an incredibly stressful month for reasons above and beyond the season, and I didn't feel like causing undue alarm in anyone over something that probably nothing -- so I made the appointment and kept it to myself. Though I did have to tell my one daughter because the ultrasound appointment would affect when I could pick her up from work. And the technician kept assuring me that the spot that had been seen was likely a cyst, these are usually benign, etc.

I flunked the ultrasound.

The images were sent directly to the radiologist, over the internet, and now I needed a biopsy. And that was scheduled for the next week, at seven in the morning. So now I _had_ to admit to the rest of my family what was going on. But no worries, the biopsy usually shows that these cysts are benign.

I flunked the biopsy.

Three weeks, exactly, after the mammogram, I was sitting in the Breast Surgeon's office as he outlined my possible options: lumpectomy with radiation or mastectomy, with or without reconstruction. He asked me to see a Plastic Surgeon to learn about my reconstruction options, to get an MRI, and to come back in a week when he would also have the results of some tests on the tissue samples. And then we would make decisions, once he could tell me what decisions I could make.

Posted by Dragonwriter at 6:48 AM